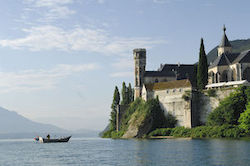 Hautecombe Abbey contains the graves of many illustrious Counts of Savoy as well as the last kings and queens of Italy. Founded in the 12th century by Cistercian monks ; the Abbey is above all a place of prayer which today is the home of the Chemin Neuf Community.

Open all week except Tuesday.
Audio-guided tours available.
The oratory is open all day for private prayer.
Restaurant open from mid-July to mid-August. 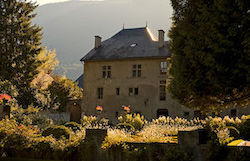 This Cluniac priory, founded in the 11th century, consists of a Gothic church, a Romanesque crypt, monastery buildings and gardens arranged around a long axial perspective.

Gardens open all year round.
Priory guided tours: July and August every Thursday from 09h30 to 10h30. Reservation required.

The Chateau of Thomas II 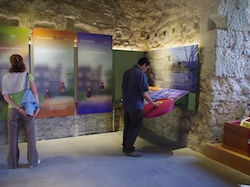 Built by Thomas II of Savoy in 1248, the Chateau now lays in ruins. In 2012 the “Conservatoire d’Espaces Naturels Savoie” converted one of its towers into a museographic space telling the natural history of the adjacent nature reserve. 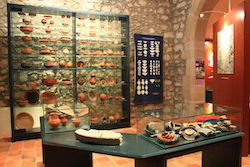 The museum houses a permanent collection resulting from the excavations carried out between 1976 and 1987 on the Portout site, which revealed the remains of a pottery workshop set up on the banks of the Canal de Savière in the fifth century. 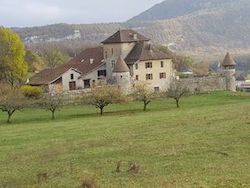 Guided tour of the Chateau by the owners. Visit of the exterior and interior: towers, cellar, festive room, chapel and dungeon.

Open all year round.
Reservation required.